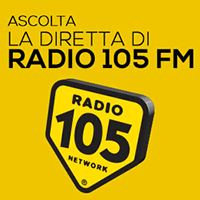 Located in the Po Valley, framed by the moraine hills that separate it from nearby Lake Garda and the Mincio River that surrounds it, forming the "3 Lakes" before merging with the "great river Po," the City of the Gonzaga is a fantastic discovery for tourists of all types.
The Mantegna frescoes are interspersed by the residences of noblemen who ruled the city for centuries.
Since July 2008, Mantua and Sabbioneta have enjoyed UNESCO World Heritage Site status, for their historical, artistic and architectural significance.
Other fascinating elements include various Risorgimento sites, the many churches, the world of the "Flying Mantuan" Tazio Nuvolari and the "City of Festivals" Music, Dance and "Festivaletteratura" (literary festival).
Added to these are famous "sbrisolona" cake, pumpkin ravioli, "racing driver" risotto, pike in sauce, Mantuan fruit pickle and a thousand other delicacies to satisfy the palates of foodies and wine-lovers alike.

Host to all this and more, Mantua is a city that opens itself up to the biggest Vespa event of the year, making the "Vespa World Days" unforgettable.

Mantua, in the south of Lombardy, is nestled between the Emilia and Veneto regions in the north of Italy. Bordering several regions, the Mantua has a long history of art, culture and political independence that have left a strong and noticeable mark on the area, with distinctive characteristics and dimensions. Mantua is a provincial city but also a capital; it boasts space on a human scale, and is the seat of one of the largest and most fascinating realms of Italy: apparent contradictions underlie the subtle charm of this noble and beautiful area. Moreover, the Mantuan landscape, despite the uniform impression it gives, dominated by the Po valley, offers an unexpected degree of complexity: from the moraine hills to the close to Lake Garda to the green banks of the Mincio and the Oglio, from the great fissure down which the Po snakes and the lowland provinces to the unusual outline of the three lakes that surround the capital.

If you want to calculate your route to Mantova click here

From the A22 motorway
-Exit Mantua Nord, at the roundabout follow signs for “Mantua Centro”
-Follow the road through the village of San Giorgio for 5 km, direction Mantua Centro.
-Cross the San Giorgio bridge.

From Verona
-Drive through the village of Cittadella
-Cross the Mulini bridge, turn left towards “Castello-Centro”
-Drive along the edge of the lake until you arrive beneath the S. Giorgio castle.

From Modena
-Enter Mantua
-Continue straight towards Porta Cerese, at the traffic light continue straight, direction Centro-Castello
-Continue along Corso Garibaldi and Via Trieste, then Via Lungo Lago dei Gonzaga, until you reach S. Giorgio castle.